Worm gears and worm mechanisms are often used in situations where the two shafts are staggered, the transmission ratio is large, the transmission power is not large, or the work is intermittent. The slewing drive can be applied to the main machine that does circular motion, such as crane slewing table, rotating machinery, and some machinery that performs circular work. Once the product is put into production, it can be widely used in the field of construction machinery represented by aerial work vehicles and truck cranes, and in the field of new energy represented by solar photovoltaic power generation and wind power generation, as well as other fields such as automation, machine tool manufacturing, and aerospace communications. It can be said that, The market potential of slewing drives is huge. 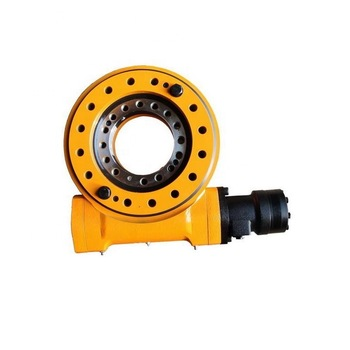 1.In the field of beam transport vehicles, most of the core components of the traditional beam transport slewing assembly use traditional slewing bearing products. Compared with the slewing drive, since the slewing bearing does not have an outer shell, the corrosion resistance is not ideal, and it depends on hydraulic pressure. For the steering system where the oil cylinder pushes the tires, the rotation angle range of the tires is also greatly restricted. The selection of a slewing drive device as a slewing component can not only improve the corrosion resistance of the component, but also increase the steering angle of each group of tires. 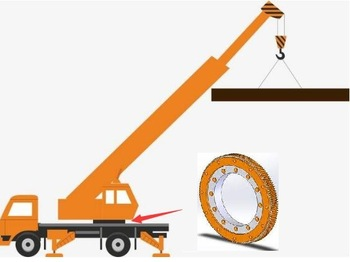 2. Aerial operating vehicle is an important application field of slewing drive. Generally, aerial operating vehicles require the host to have a higher safety factor. The high safety of slewing drive (self-locking of worm gears) is the choice of the majority of users It is an important factor in the accessories of aerial work platforms. On the other hand, the worm gear drive has a larger transmission speed ratio, so that while improving the safety factor of the main engine, it can also omit a set of worm gear reducer for the main engine. Reduce the manufacturing cost of the host.

3. Photovoltaic power generation is an important application field of rotary drive. The solar photovoltaic module with rotary drive as the rotating part can accurately adjust the rotation and elevation angle of the host according to the different positions of the sun during the day. It is always solar energy. The solar panel is at the best receiving angle. 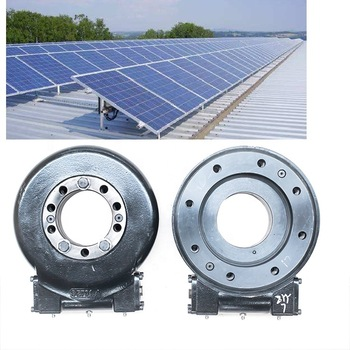 4.It is the same as photovoltaic power generation, the rotary drive can be applied to the yaw part of the wind generator to realize the horizontal 360° rotation of the mechanism, so as to better adjust the receiving angle.

5. Construction machinery auxiliary equipment is a new application field of rotary drive. The use of rotary drive as the rotary mechanism claw makes the design structure more concise, which is more conducive to use and maintenance. At the same time, the worm gear drive has a larger The reduction ratio greatly improves the positioning accuracy of construction machinery accessories such as claws.