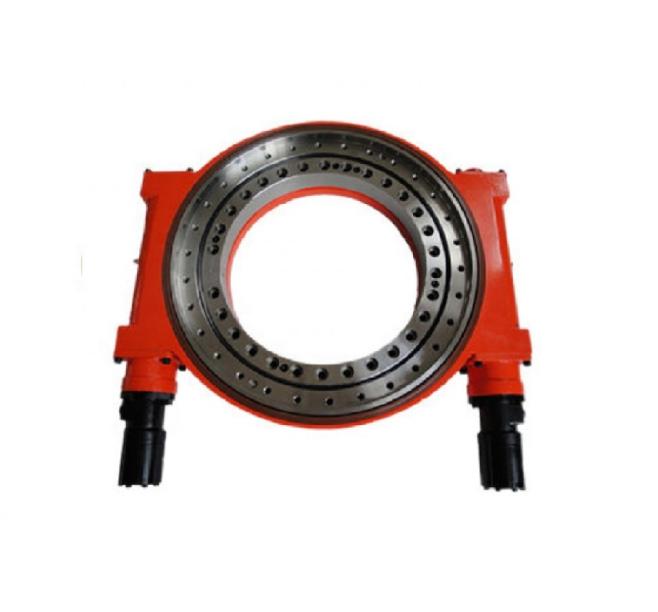 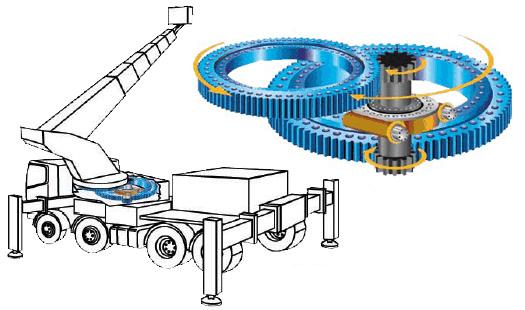 In the application field with extremely high demands on load and torque, the advantages of single worm slewing drive are gradually lost. Double worm slewing drive caters to the needs of the majority of users, and has extremely strong adaptability to harsh working conditions and use conditions, especially In the field of heavy lifting and heavy-duty aerial work, the double worm slewing drive is used together with the traditional slewing bearing, which makes the slewing mechanism even more powerful. While obtaining a larger reduction ratio, it also provides an output torque several times higher than the traditional design. . 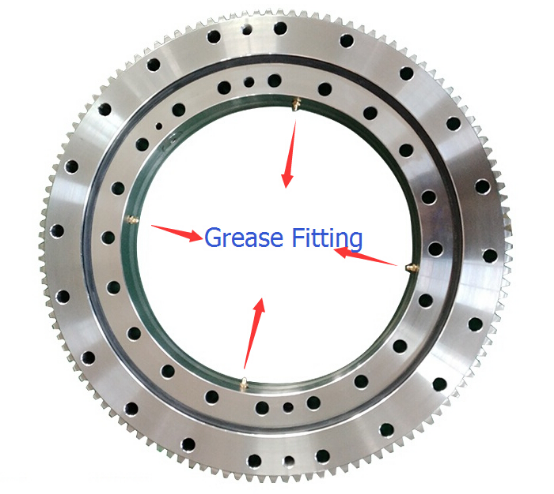 Most of the traditional gantry cranes are rail-moving type, which can only move linearly and parallelly on limited rails. At present, some companies that pay more attention to technological innovation have gradually realized that it is imperative to break the traditional design concept of gantry lifting equipment. The double worm slewing drive is selected as the gantry hoisting equipment for the steering system. Compared with the previous design, the required hoisting equipment per unit operating area is reduced by 75%. While reducing operating costs and maintenance costs, The work efficiency has also been greatly improved. 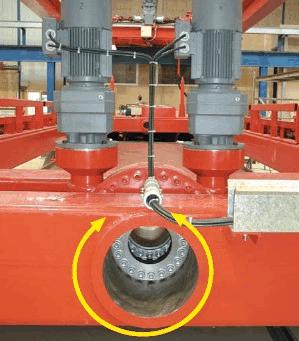 Taking the concrete mixing machine as an example, while realizing the rotary mixing, the steering equipment is often required to provide a larger output torque. The double worm slewing drive is selected, which simplifies the design of the main engine and the slewing mechanism while achieving a larger output torque. The high assembly accuracy of the double worm rotary drive (mainly the backlash of the worm gear pair) is also one of the reasons why many users use the product for the worktable steering gear of large-scale high-precision equipment.