When the excavator has abnormal noise when it is rotating, if there is a noise in a certain position during the full revolution, it must be tested. Consider whether the pinion gear and the large ring gear have broken teeth. At the same time, tooth fracture of large ring gear of the excavator is also the most common problem. Tooth fracture usually occurs in the upper half of the tooth width direction, and the fracture surface intersects the upper end surface of the tooth and forms an angle of 45°~60°. Even if the whole tooth falls off, the crack is caused by the expansion from top to bottom.

Xuzhou Wanda has been working hard to find a solution to the problem of broken teeth in slewing bearings for excavators. The specific plan is divided into the following processes:

1. Ensure that the side clearance of the large and small gears is not less than 0.06X modulus.

For a 20-ton excavator, the module of the slewing bearing is 10 modules, and the tooth side clearance of the large and small gears is not less than 0.6mm.

After several years of publicity, the tooth-breaking rate of the slewing ring has dropped from the previous 6% to about 5%. 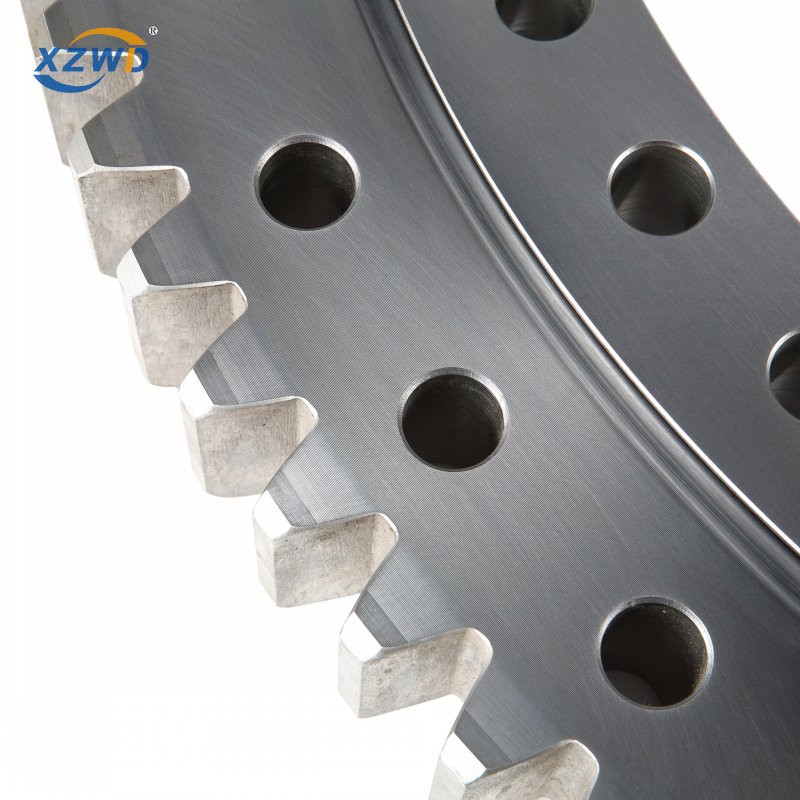 Through this improvement, after two years of statistics, the tooth breaking rate with this slewing bearing has dropped from the previous 5% to about 4%.

In this way, when the large and small gears are meshed and squeezed, the soft area of the upper end surface will be squeezed and deformed.

Without squeezing off. After a year of data statistics, there is no broken tooth phenomenon with this slewing bearing, which solves the problem of broken tooth very well.

Slewing bearing What is the principle of slewing drive