Four-point Contact Ball Swing Bearing with Deformable Rings.In general, the slewing bearing rolling elements are integrally hardened carbon-chromium bearing steel. The grade is made of GCr15 or GCr15SiMn steel; the slewing bearing ring is made of surface hardened steel. When the user has no special requirements, it is generally made of 50Mn steel, but sometimes it can be provided according to the needs of some special applications. For the specific conditions of use, other grades of surface hardened steel, such as 42CrMo, 5CrMnMo, etc., are selected.

1. Determine the large load (axial load, radial load, overturning moment) that the slewing bearing is subjected to when it is in a static state according to the use environment. Use this large load as a static rating.

2. Determine the static safety factor based on the type of machine installed. 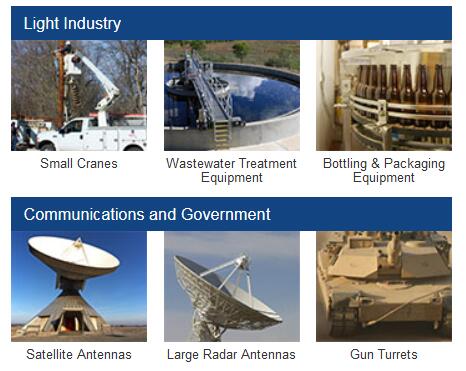 5. Find the static load-bearing curve corresponding to the slewing bearing of the selected model in the Slewing Bearing Product Catalogue, marked in the graph (Fa’, M’)

6. Check if the coordinate point is within the static bearer authority.

Four-point Contact Ball Swing Bearing with Deformable Rings. As supplied slewing rings are generally packed for storage in a covered store and for a period not exceeding 6 months.

Light surface corrosion can usually be removed from exterior surfaces – and it is more important that the raceways are well greased and rust free. Standard commercial solvents can be used to degrease the slewing ring if necessary.

In extreme cases after long term storage bearings may need professionally reconditioning before installation.When unwrapping, care must be taken not to cut and damage the integral seals.